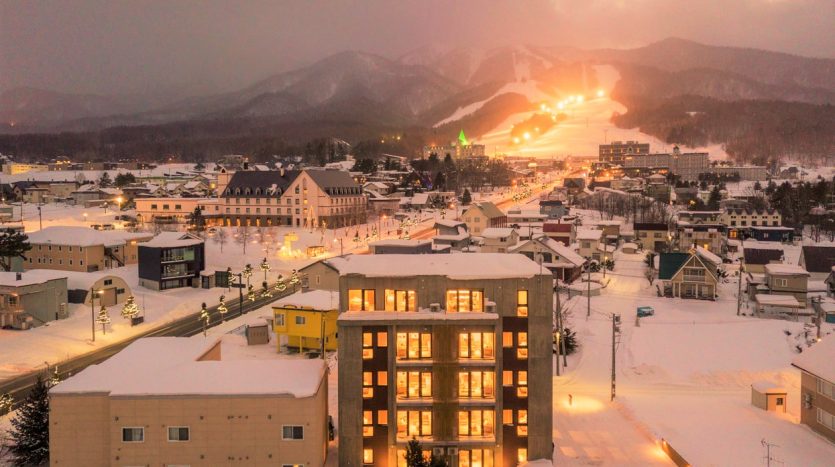 Why ski property prices in US and Europe are rising despite Covid-19, while Japanese resorts are ‘a relative bargain’

Snow lovers are rejoicing now that European and US ski resorts, closed during last winter’s lockdowns, are reopening for the 2021-22 season.

For owners of alpine properties, even better news is real estate industry research that shows values have continued to climb despite international travel restrictions.

Of the 44 resorts tracked in the Savills Ski Prime Price League, prices grew on average by 5.1 per cent in the last year, with some resorts, such as Flims and Grimentz in Switzerland, experiencing asking price growth of as much as 17 per cent.

Jeremy Rollason, head of Savills Ski, says this marks a shift in terms of price trends.

“Given the discretionary nature of the asset, only a few resorts such as Val d’Isère [France], Verbier [Switzerland] and Morzine [France] were seeing real price growth up until 2019,” he explains. “That has all changed with virtually all resorts in the Alps and North America experiencing strong double-digit and sometimes exponential price growth in a matter of months [in 2021].”

“Transaction volumes doubled over the previous year and fierce competition emerged, especially for prime property in the most exclusive resorts,” he says. “Property that had previously been for sale for a few months – or even years – suddenly found buyers who were keen to escape the confines of towns and cities.”

Pandemics aside, skiing depends on reliably wintry weather. Noting that the ski industry is acutely aware of the challenges posed by climate change, the Savills Ski Resilience Index 2021-22 ranks 61 resorts according to the quality and reliability of their conditions, and their ability to cope with the climate emergency.

Zermatt in Switzerland comes out as the most resilient resort due to its high altitude glacier skiing, with its highest point at 3,900 metres. Aspen and Tignes (France) rank second and third, climbing into the top five thanks to low average temperatures and high levels of snowfall in the 2019-20 season.

Conversely, Saas Fee (Switzerland), Breuil Cervinia (Italy) and Vail, all dropped slightly in the rankings due to lower levels of snowfall compared to the previous two seasons. Savills’ report notes that the Alps have enjoyed high snowfall over the past three seasons, benefiting Courchevel in particular, which has risen from 44th to 23rd place following a record 735cm of snow in the 2020-21 season.

According to Kate Everett-Allen, head of international residential research, fresh air, views of nature, exercise and time with family and friends are driving demand. Interest among Asian buyers is increasing, she says, with some 22 per cent revealing they would now consider a ski home purchase.

“Ski industry experts have long pointed to Asia as being critical to the future of the sport, helping to expand the world’s population of skiers, and Beijing hosting the Winter Olympics in February 2022 may yet be a tipping point,” Everett-Allen says.

With all ski resorts in Japan expected to open this season, Robert Crane, co-founder of Solid Real Estate Japan KK, a Yokohama-based brokerage specialising in resort properties throughout Japan, is expecting similar demand there.

“We are seeing a lot of interest in Japanese ski resort properties,” he says. “Many deals have been in a kind of holding pattern for the last couple of years, as most overseas buyers have not been able to enter the country. We expect that once the borders open again, we should see a flurry of sales activity due to pent up demand. We’ve also seen a trend of people wanting to move out from the cities into beach and ski properties as remote working has taken hold.”

Buyers from Hong Kong – and to a lesser degree from mainland China – make up about 25 per cent of inquiries, he says. While the winter lost to the pandemic has slowed price growth in the major resort areas like Niseko and Hakuba, Crane has not noticed any drop in prices at any of the resorts.

Crane adds that Japanese ski properties “are still a relative bargain” compared to resorts in Europe or North America. “The general trend expected is for prices to appreciate toward international levels, particularly with growing demand from skiers across Asia,” he says.

“Resorts such as Niseko and Hakuba are well-known internationally, but the rapid price appreciation in these areas is starting to stretch budgets. Fortunately, there are some other world-class resorts in Japan that are more affordable. We are seeing a great deal of interest lately in places such as Myoko, Echigo-Yuzawa, Madarao and Naeba.”