Japan’s hotel stock is on track to grow close to 30 percent by 2020, according a CBRE report.

Construction on 80,000 guestrooms is scheduled to be complete in Japan’s eight major cities—Kyoto, Osaka, Nagoya, Tokyo, Fukuoka, Sapporo, Hiroshima and Sendai—by the end of 2020. The market has been seeing strong performance growth due the increase in inbound travelers. The number of inbound tourists rose 19 percent year-over-year to 28.69 million. The increase puts Japan on track to meeting its goal to welcome 40 million visitors by 2020. 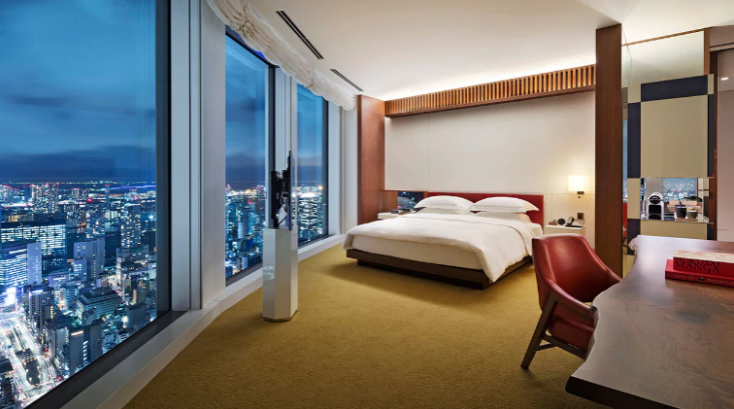 The growing number of inbound travelers has driven performance to grow at hotels in Japan.  RevPAR in Japan’s eight major cities rose between 8 percent and 30 percent YOY due to the 47-percent surge in inbound tourist numbers YOY along with higher occupancy and ADR. Osaka, in particular, saw occupancy reach 90.7 percent, up 3.2 percent YOY, while ADR rose 26.4 in 2015. In response, the city recorded the fastest RevPAR growth among the eight cities that year.

However, RevPAR growth across these eight major cities has been slowing since 2016, with Osaka recording negative RevPAR in February 2017. Hotel operators have been dropping ADR to maintain occupancy, to regain customers who are avoiding hotels with high ADR and to compete better against new supply. Japan’s hotels also aim to compete better against vacation rentals, cruise ships, hostels and other non-hotel lodging options, which lowered hotels’ market share. A survey from the Japan Tourism Agency reported that the proportion of foreign guests staying in alternative types of accommodation, including vacation rentals, has been rising since 2016. The impact of vacation rentals has been particularly significant in Osaka. A report from the Osaka Convention & Tourism Bureau stated that 19 percent of inbound travelers stayed at vacation rentals in the city.
Featured Properties

CBRE predicts Tokyo will record a shortage in guestrooms of 3,500, despite the city’s new supply of approximately 30,000 guestrooms. However, stock is expected to exceed the estimated demand by 13,500 in Osaka and by about 11,300 in Kyoto. The shortage may have contributed to the loss of potential demand in Osaka and Kyoto.

Kyoto’s hotel room stock is extremely low compared to the number of inbound tourists recorded in 2016 at 2.3 rooms per person, compared to an average of 7.9 in Japan. Only 41 percent of inbound travelers to Kyoto stayed overnight because the lack of accommodation forced travelers to stay in other prefectures.

A total 65 percent of visitors in Osaka stayed overnight in 2016, compared to Kyoto’s numbers. However, demand either fell or was lost to other prefectures since 2014 when the city recorded 90 percent of overnight visitors. Demand was lost to other prefectures and vacation rentals because the high occupancy made it difficult to make reservations. CBRE forecasts demand will recover, if supply resolves the shortage of rooms.

While there is little risk of oversupply in Tokyo, Osaka and Kyoto, competition is likely to intensify in some hotel types because future supply mainly includes business hotels. CBRE forecasts that 92 percent of the new supply in Japan’s eight major cities will be limited-service hotels. At least 50 percent of these will be business hotels.

Demand is also likely to change as consumer preference shifts from merchandise to experience. Hotels will be required to offer a high quality of experience by creating differentiating factors, like branding through exterior/interior designs and services leveraging on local specialty. New styles, such as boutique hotels or lifestyle hotels, will differentiate the supply, even in the segment of limited-service hotels.